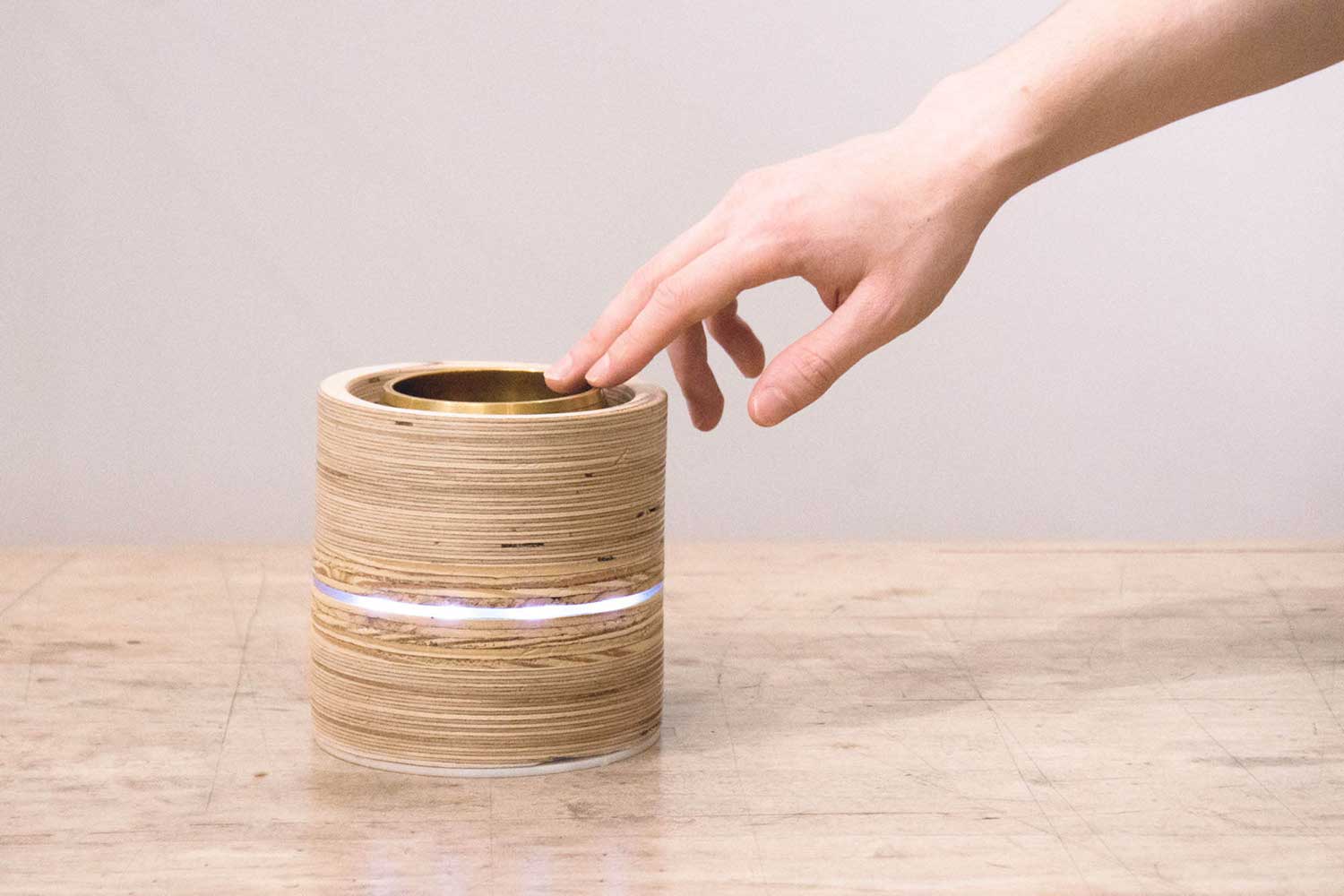 A paradox of the smartphone lifestyle

Modern meditators often don’t want to use their phones to time their meditation sittings—they're often meditating to disconnect from lives that are oversaturated with technology. Besides, there's something about the sound of a meditation bowl being struck that makes the meditation ritual complete.

Chime is a minimalist meditation timer that strikes an actual meditation bowl at the start and the end of a sitting, allowing the sitter to focus on their meditation and nothing else.

The interface is the bowl itself: rest your hand on it gently for a few seconds, and LEDs will fade in to indicate that Chime has been activated.

Chime is also online, allowing you to set the length of the sitting and see the times of your completed sittings in one convenient place.

Chime consists of three main parts: a singing bowl that acts as a capacitive touch sensor for input; a solenoid that actuates a striker to ring the bowl; and a ring of LEDs to let the user know what is happening.

All of these components are controlled by an Arduino MKR1000. The capacitive sensor uses one digital pin on the Arduino to sense touch. This works by measuring the length of time before an Arduino input pin reads 1. When a person touches the Chime bell, it takes longer for the pin to reach 1 because humans have capacitive skin that the current must travel through.

The solenoid requires a much higher current than the Arduino can provide, so it uses a 12V DC adapter that is switched on by a FET transistor. The LEDs are connected to PWM digital pins on the Arduino, which allows them to fade nicely. The advantages of the MKR1000 are that it is small so it doesn’t take up space, and has WiFi built in which allows us to control the product over IP as well as log its usage.